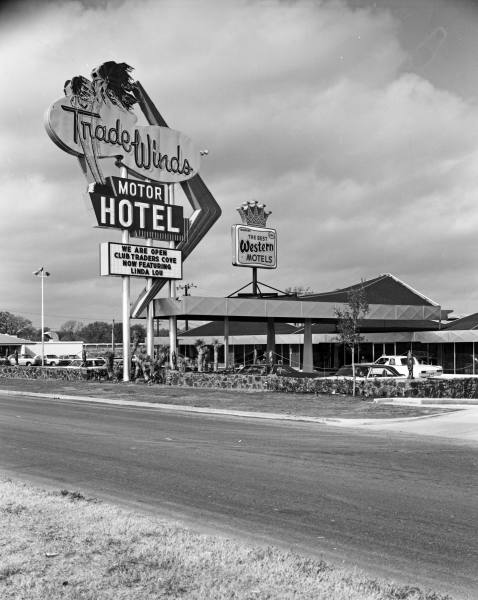 The original Trade Winds, courtesy of the Beryl Ford Collection/Rotary Club of Tulsa 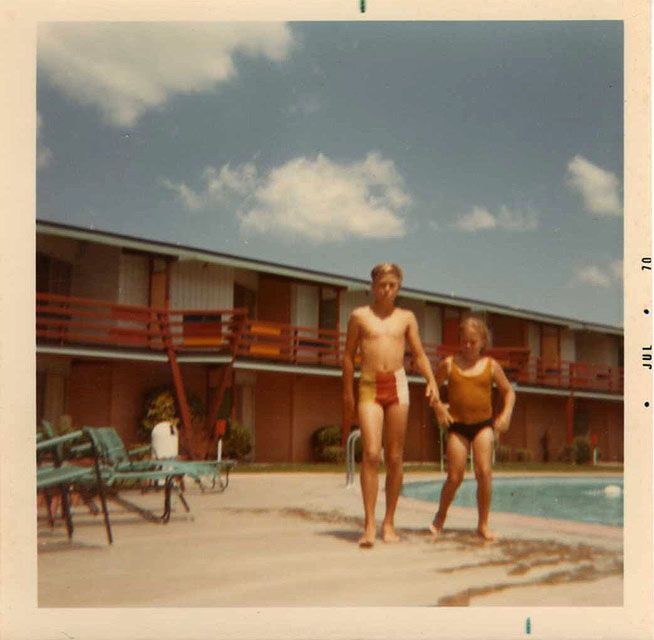 (from GB 291) Janna Bailey of Silverdale, WA said: "I love your website and I wanted to send you a picture of me and my
brother at Trade Winds West in Tulsa 1970. I remember KAKC being there and I thought that Donny Osmond was really
inside singing, not realizing they were playing records."